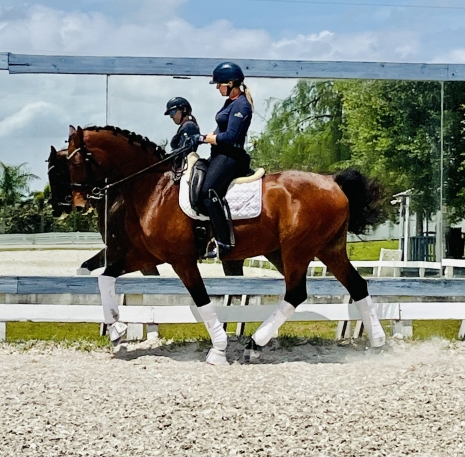 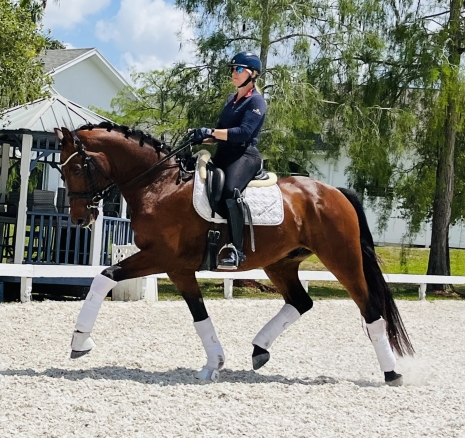 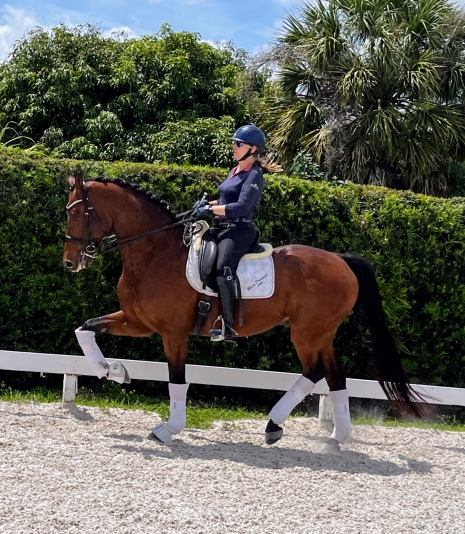 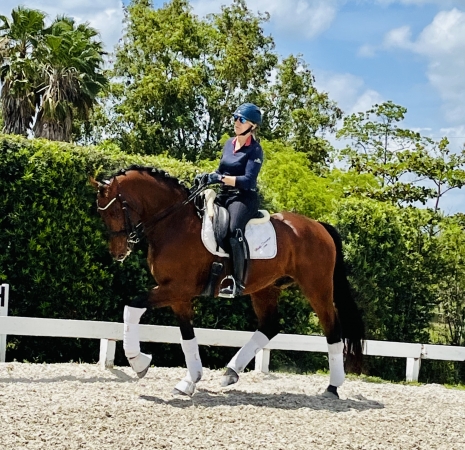 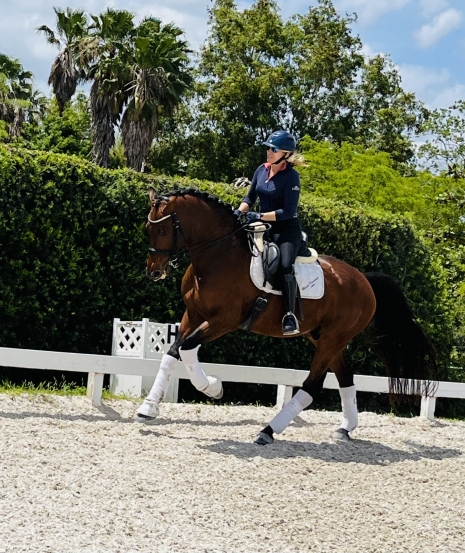 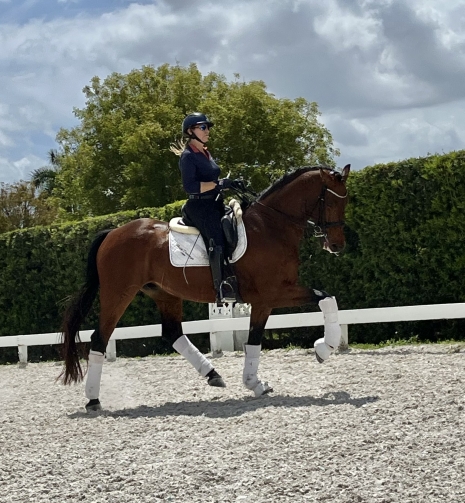 Kosmo is very much a modern, athletic dressage horse with an amazing character and enthusiasm to work. He shows great potential to succeed in the CDI ring with his trot with many gears and expressive, floating canter. Kosmo has already impressed the judges when awarded a 73.81% in the second level, test 3 in 2021.

Kosmo’s pedigree demonstrates his modern gaits. His sire Cupido, a newer stallion, has shown promise in the Dutch dressage field. He was approved at the KWPN stallion licensing in Den Bosch with a score of 82 in his performance test; as well as winning the 2013-2014 KWPN Stallion Competition at Z-level.

Kosmo is out of Apleasure whose sire, Prestige VDL, is known for being the champion of his KWPN stallion test in Sweden in 1997. Although an impressive horse, Kosmo is an amateur friendly horse who has only just begun to tap his full potential.