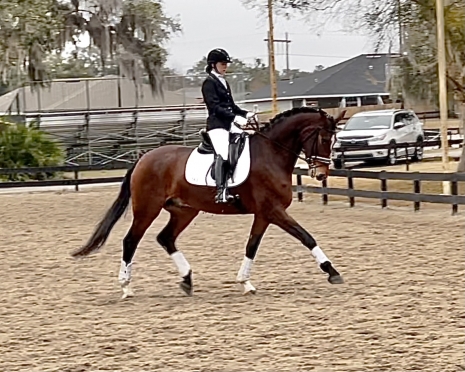 FEATURED
81.6% in FEI 5YO! Tall, handsome well-bred gelding for the Dressage Ring
Williston, FL
View all Seller Horses
Contact Seller
Save this Horse
Share this Horse 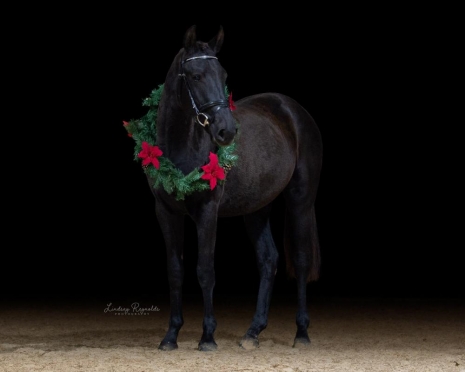 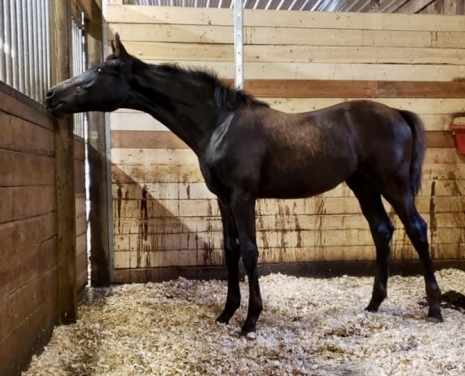 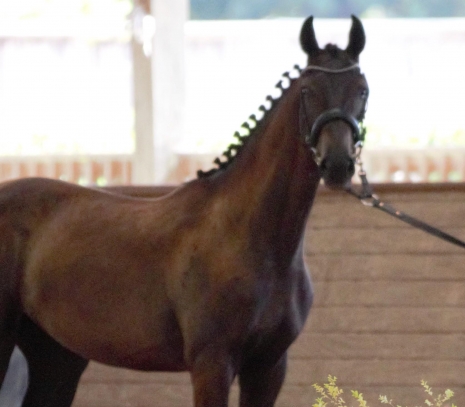 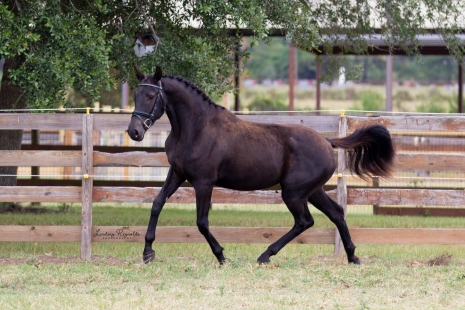 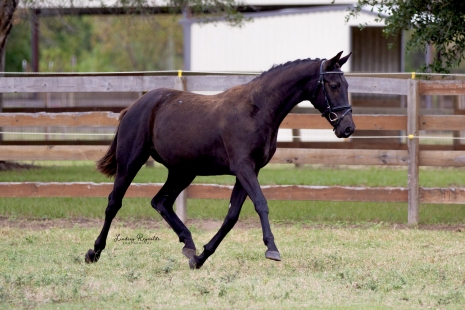 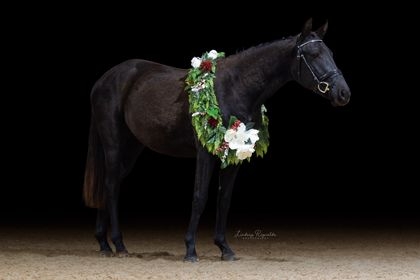 Well handled and very social yearling filly with pedigree boasting both Dutch and German top talent. Wynter is registered German Hanoverian and is by the international grand prix producing stallion Wynton (KWPN preferant stallion) out of an imported Dimaggio mare. This lovely filly has been well handled and already knows how to straight tie, cross tie, bathe, load in the trailer, and is familiarized with clippers. She is very social and is the first to greet you at the gate. She was her the site futurity champion for our AHS inspection in June and earned a 77. 45% at her first in hand show. She has a brave personality and was very well mannered at both events. Wynter has lovely fluid movements with loads of power, clean straight legs and excellent feet. She is an excellent prospect that easily has all the ingredients to be your next FEI horse and a sweet endearing personality that will be fun to raise. She has even been ponies off other horses

Wynton, by Jazz, is among the most accomplished dressage sires to ever stand in North America. Rarely can one find a stallion, with the gaits to shine in international young horse competitions, which matures to become a World Cup level Grand Prix horse, and then excels as a sire of exceptional breeding and competition offspring through the Grand Prix level. Wynton KWPN Keur stallion accomplishments have earned him the highest status Preferent with the KWPN.

Wynter’s dam, St. Pr. A. Dark Pearl (Dimaggio/Feininger/Lungau) is an extremely classy, black elegant mare with three excellent paces and a fascinating dressage pedigree. She was imported to North America and spent two years in the Hunter-Jumper ring with Junior riders prior to switching back to her dressage career. This beautiful mare has an excellent fluid walk, a swinging active trot and a round, jumping correct canter. She has first-rate dark hard feet, straight correct legs and a correct conformation. Her elegant face, uphill neck connection and strong back compete the attractive package.

Her sire, the Dimaggio is a very noble, modern Hanoverian with three outstanding gaits and an ability to produce top class international dressage horses. He was the World Champion of the 5 year old Dressage Horses in 2000, and has sired Young Horse World Champions and international Grand Prix horses. He has become a renowned brood mare sire, making the 2012 Dimaggio daughter Dimma who was crowned the Westphalian champion mare in Münster-Handorf, and the Bronze Medal winner at the German Elite Broodmare Championships in Lienen. Daugher Sophie trotted to the win at the Elite Oldenburg Mare Show in Rastede Germany in 2010. The world record breaking young dressage horse Woodlander’s Farouche is just one of his descendants with successes at Advanced Level. Dimaggio’s sire Don Primero was 1990 Bundeschampion. Dimaggio sadly passed in 2015 making his bloodline extremely coveted.

Since 2013, Dimaggio's offspring have reached the upper house of dressage. Half Moon Delphi ridden by Michael Eilberg was a member of the British European Championships bronze medal team in Herning, Denmark, and Headmore Delegate has been successful in the CDI's at Grand Prix.

Following Woodlander Farouche's incredible successes in 2011 and 2012 (Dimaggio as damsire), three offspring of Dimaggio placed in front at the 2013 World Championships for young dressage horses: Discovery OLD won the bronze medal, Duke of Britain placed fourth, Diamigo was ranked sixth. And in 2014, Del Magico ridden by Stephanie Dearing took home the silver medal for the 6 yr. old horses in Verden.