When you are ready to design your choreography, don’t start by asking, “How can I make this the most creative freestyle anyone on the planet has ever seen?” You are not painting the Mona Lisa; you are involved in a competitive athletic event. Would it not be better to ask, “How can I maximize my score?”

You will be judged on a very specific set of criteria. Know them and let them lead you to an optimum outcome.

While Choreography and Degree of Difficulty are evaluated separately, they are both components of the same design process. Why? Because what you choose to include for Difficulty will heavily influence the content and design of your dance. That is where you should begin.

Degree of Difficulty
First, you need to know the requirements for the level Freestyle you will be performing. That is an easy task since the material is online at usdf.com in a variety of places including the score sheets and in the Rules Guidelines and Definitions. FEI tests may be found on their website.

Secondly, you must know what is meant by above the level. You are only permitted to perform movements from the level you are showing and below. For instance, Training through Second Levels could not do a canter to a halt, a Third Level freestyle could not have tempis, a Fourth Level would be forbidden to do a full canter pirouette and so on. There are other non-compulsory elements that may be included like counter canter or turn on the forehand at First Level. These movements are listed for each level in a section called “Additionally Allowed”. When including optional elements, be sure they enhance the flow of the choreography and do not detract from the overall impression.

Thirdly, you must understand the meaning of Degree of Difficulty, which is assessed according to the standard tests of the same level. To score well, you should meet the top test of the level. To go beyond that, the horse/rider team may show a single figure, movement or a combination of movements in a way that exceeds the requirements. Examples are: steeper angles than required, placement of elements (shoulder-in off the rail), demanding transitions (canter extension to walk on the same line), challenging combinations (shoulder-in left, circle right, half-pass left), reins in one hand and tempis on a broken line. 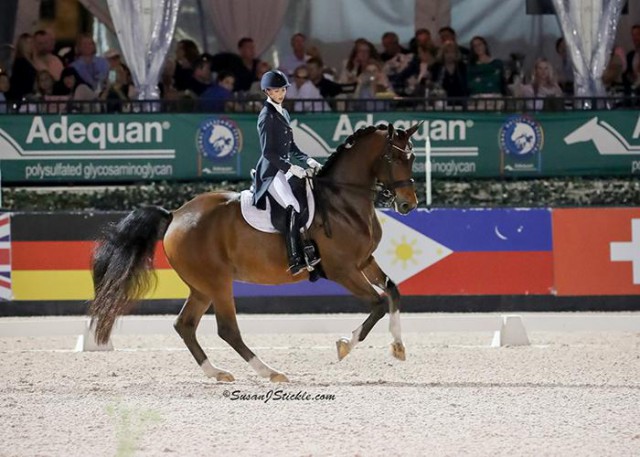 Before you fill your freestyle with difficulty, however, be aware that it must be performed well. Poorly executed difficulty will reduce the score of the individual element, lower the score for DoD because you have taken an unacceptable risk, and if the risk causes resistance or disobedience, the score for Harmony will also go down. You can see that you must make judicious choices as to what to include for DoD.

Be a good analyst. While the FEI Choreography score has a coefficient of 4, the USDF only places a “2” coefficient on DoD. By this we can safely assume that clean, well-constructed Freestyles are being valued over those that are deep in difficulty but may over-face the horse. If ya’ got it, flaunt it; but if it is questionable, leave it out.

Know the Rules
First, determine your level. USEF rules state that the horse/rider combination must have achieved a minimum score of 60% at the top test of the level (or from one level higher) at a USEF sanctioned show. In other words, if you wish to do a First Level Freestyle, you must have a 60% at First Level Test 3 or from Second Level, and you need to have earned that on the same horse at a USEF sanctioned show.  A copy of your score must accompany your entry form.

The FEI requires that a movement take place over a minimum distance of 12 meters (between two letters). While the USDF follows this, it strongly recommends that movements like shoulder-in cover a minimum distance of 18 meters. This is wise. If the horse takes a few steps to develop the proper bend, and if the movement is not sustained over a long enough distance, the judge may not be able to ascertain whether or not the movement was performed. In this case, it is better to do more than less.

The halt and salute may be done anywhere on the centerline. As you start to work with your music, this becomes more important. 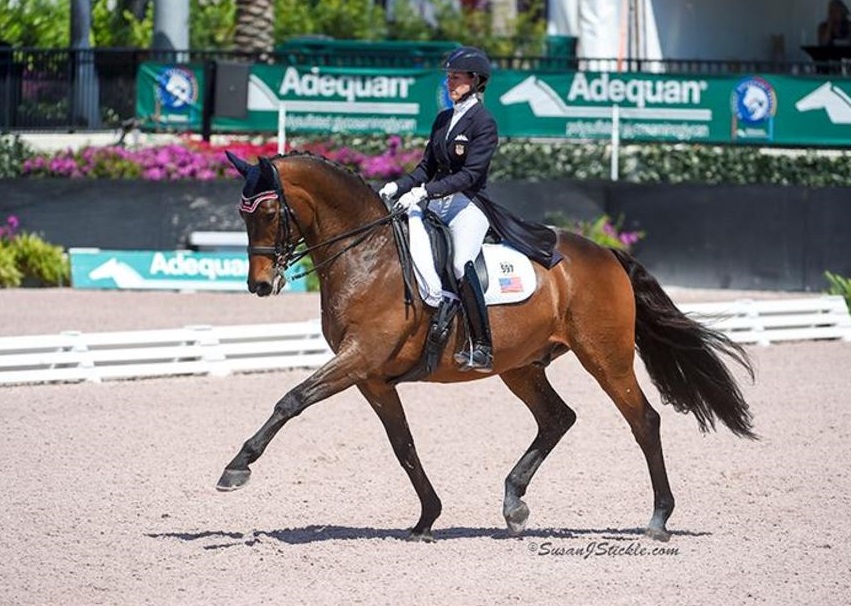 Extensions are only considered as such when they are performed on a straight line. If performed on a curve, the pace would be considered a medium at best. Be wary if you are doing a Third Level or above Freestyle and you decide to use only two short diagonal (H-B) extensions. Unless your horse can establish the stretch very clearly and early on, this could be risky.

Transitions do not need to be at the letter. If you are doing a movement for 18 meters (starting or finishing midway between letters), this will be acceptable. Later when you are working with your music, you may find this allowance very beneficial!

Point of View
There is one concept crucial to live performances, and that is the placement of the viewers, or in our case, the judge. Any choreographer can tell you that an arabesque facing full front to the audience is lost, whereas one that is perpendicular allows everyone to see the height and stretch of the ballerina’s leg. For us, there will always be a judge a C, so C is our audience - it is the point of view to which we structure our dance.

Do you have two fantastic walks (medium and free)? Then put them both on short diagonal lines so the judge gets a good look at both. If the free walk is great but the medium not so much, perhaps the free can be on the short diagonal and medium on a 20 meter half circle. Walks performed on the centerline (especially from D) are hard for the judges on the short side to see, and they may wonder if you are trying to hide something. This can cause a drop in the score.

How are your shoulder-ins, travers, renvers, canter pirouettes, tempis? Are they correct enough to expose on centerline for a higher Degree of Difficulty, not to mention more interest in the choreography? If not, put them in a more traditional place. Have you considered that a canter pirouette can be done facing the short side, facing the long side or as customarily done, on a diagonal?

While you may try to emphasize what your horse does well or minimize what he does not through point of view, you must remember that the judge needs to be able to identify what you are doing. If you feel your shoulder-in is weak and you try to mask it by doing it on the short side, you will be doing yourself a great injustice. Be clever, but be smart.

Contents Known
You have been a good student and read both the score sheet for your level and the USDF Rules Guidelines and Definitions. This will give you the information about what you must do, what you may do, and what you are forbidden to do. You have decided what Difficulty you will include and have a fairly good idea as to how you will present your movements (point of view). You content is complete. 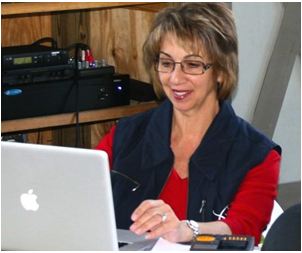 Terry Ciotti Gallo established Klassic Kur in 1989. Since that time, her freestyles have appeared in the Olympics, World Equestrian Games, Pan American Games, and hold two World Cup titles. She currently serves on both the USDF Freestyle Committee (six years as chair), and Judges Committee.