Harness Your Horse's Channel of Energy with Laser Beams

Often a key buzzword or mental image is all it takes to remind you to sit like an Olympian. The words trigger your brain to become more self-aware while using the energy you create in your horse from your legs, and then channeling or recycling that energy with your seat and reins. Ruth Hogan-Poulsen and Jane Savoie created a dynamic way to help you remember those little things your trainer tells you (over and over again!) in a series called Program Your Position.

The Program Your Position drawing below shows how your aligned and square torso (head, shoulders, knees and toes) should aim like laser beams to direct the energy of the horse (isn't that a song?). 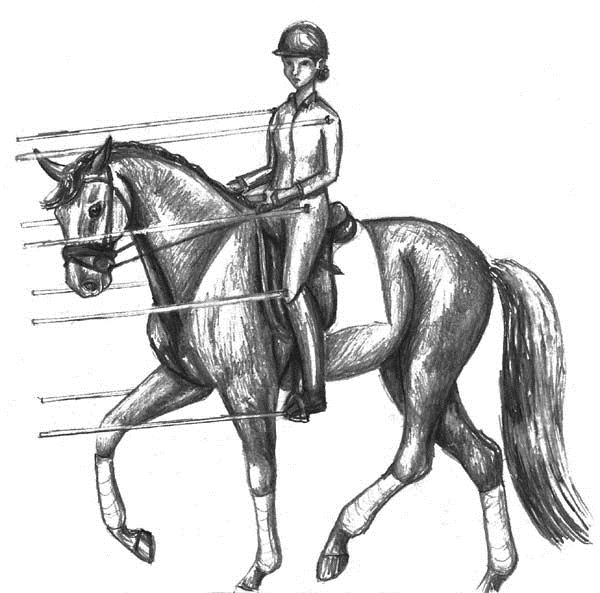 For this article, let's get a bit more detailed to include creating a channel of energy through your reins. Below are some photos with two whips extending out of Ruth’s hands. The point is to direct the butt end of the whips in the direction you would like your horse's shoulders to go. 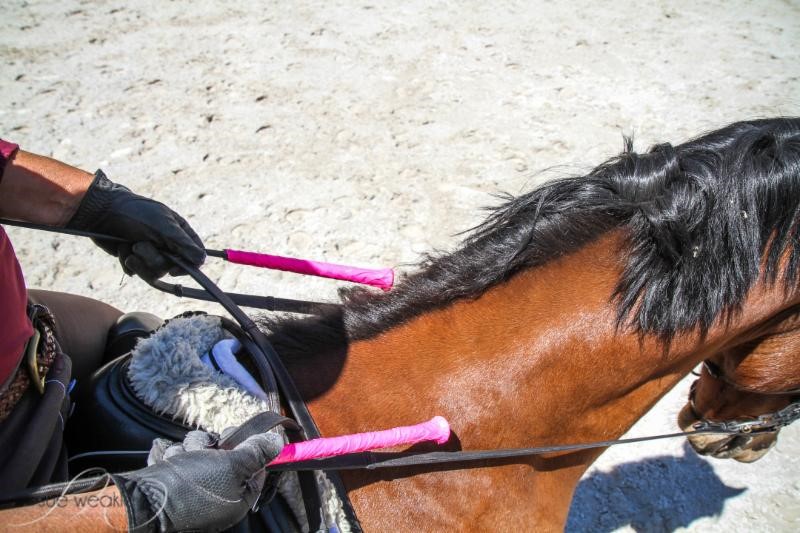 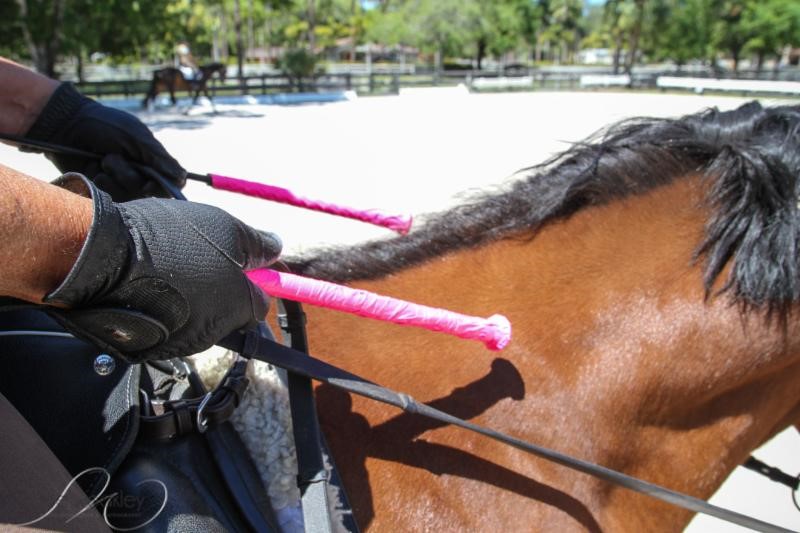 OK. . . so how do you do THAT? Your shoulders and reins control the direction of your horse's shoulders. Your hips and legs control the hips and hindquarters of the horse.

For this article, we are only going to talk about the rein aids for the shoulder-in as the example for the "laser" or "butt end of the whip" directions for channeling your horse’s energy.

Your hands for a shoulder-in to the right are as follows: 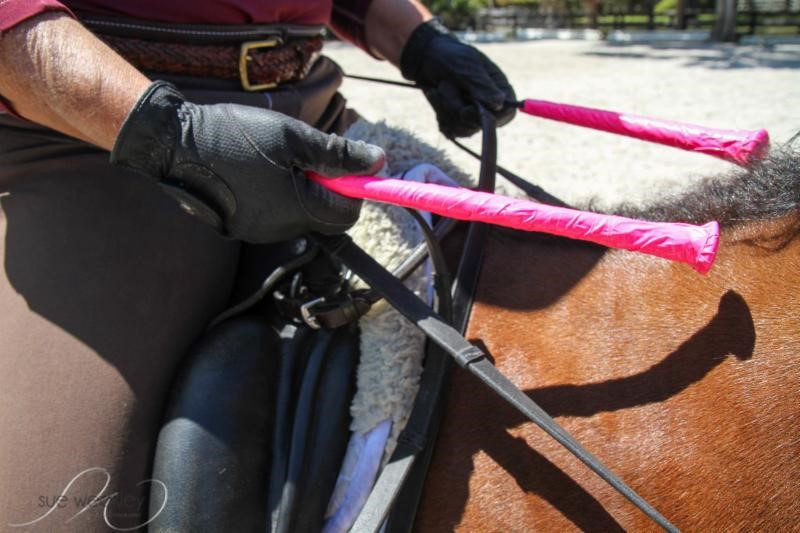 Crossing the rein energy incorrectly could look like this photo. 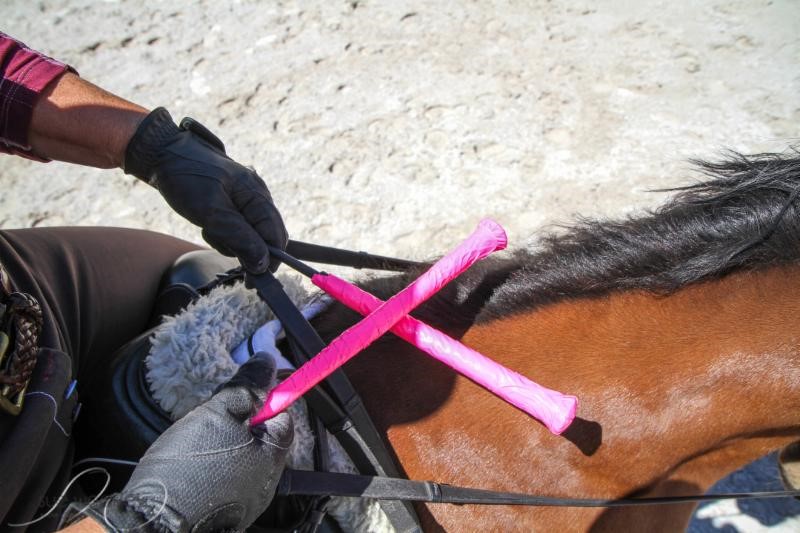 The direction of the butt end of the whip is heading in the same direction as your arm and your horse's energy. If your whips are crossed, then there is an X or blocking of energy at that point. If you only point one whip where you want to go, the horse will fall out the other side.

You may want to try the shoulder-in using two whips to help you with muscle memory of the correct way to “laser focus” your horse’s energy. Then, when it comes to riding it without the two whips, just remember the words “laser beams” to trigger that memory.